Pigments can be studied using a range of technical approaches. In general there is a trade-off between precision and cost (in economical and temporal terms), and the decision should be based on the objectives of the research project and the availability of equipments and resources. The following section aims to clarify the technical basis of each protocol in order to assist in their implementation, but also to highlight their advantages and disadvantages in order to facilitate the decision as to which technique is the most suitable for each project. 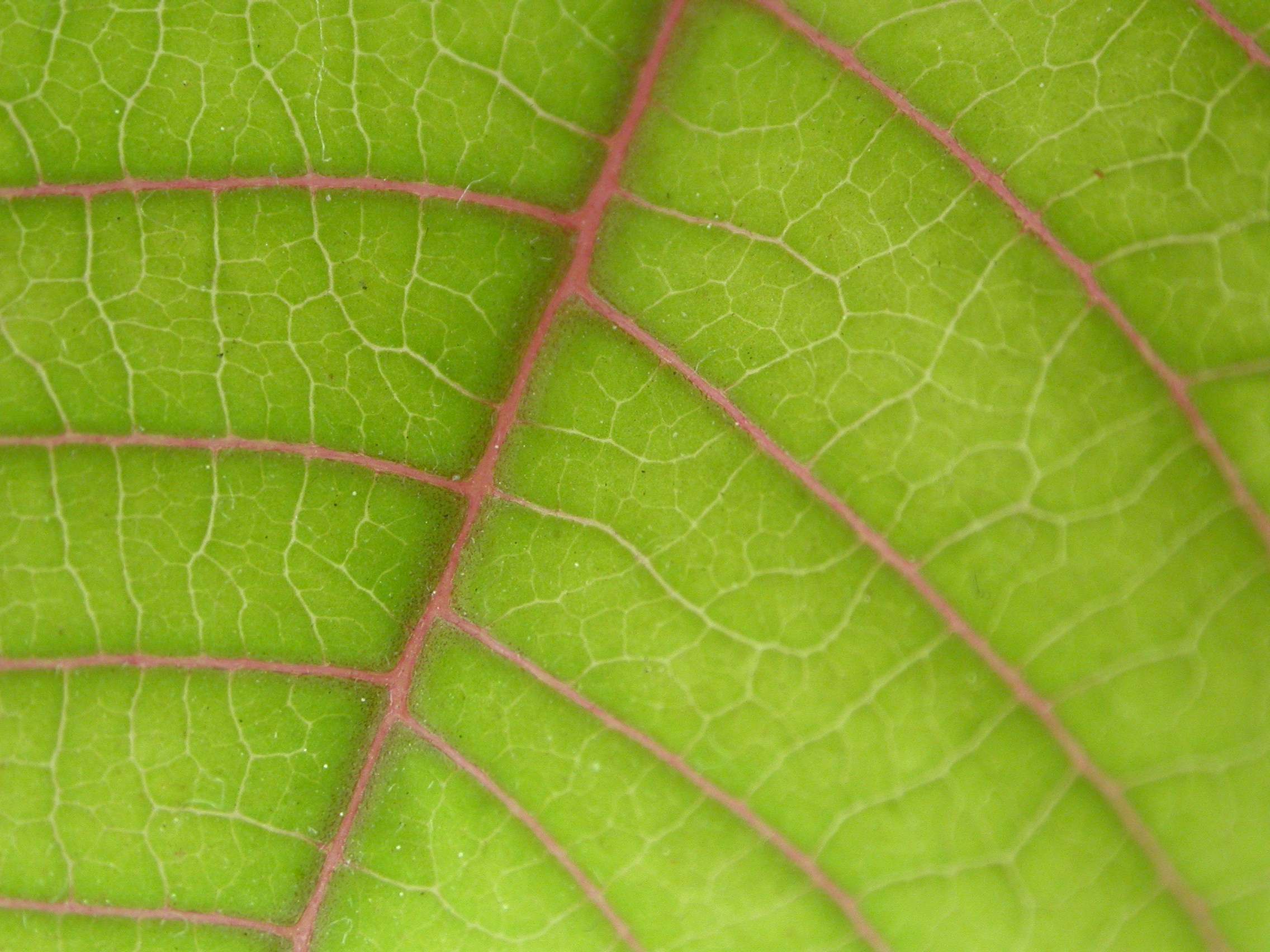 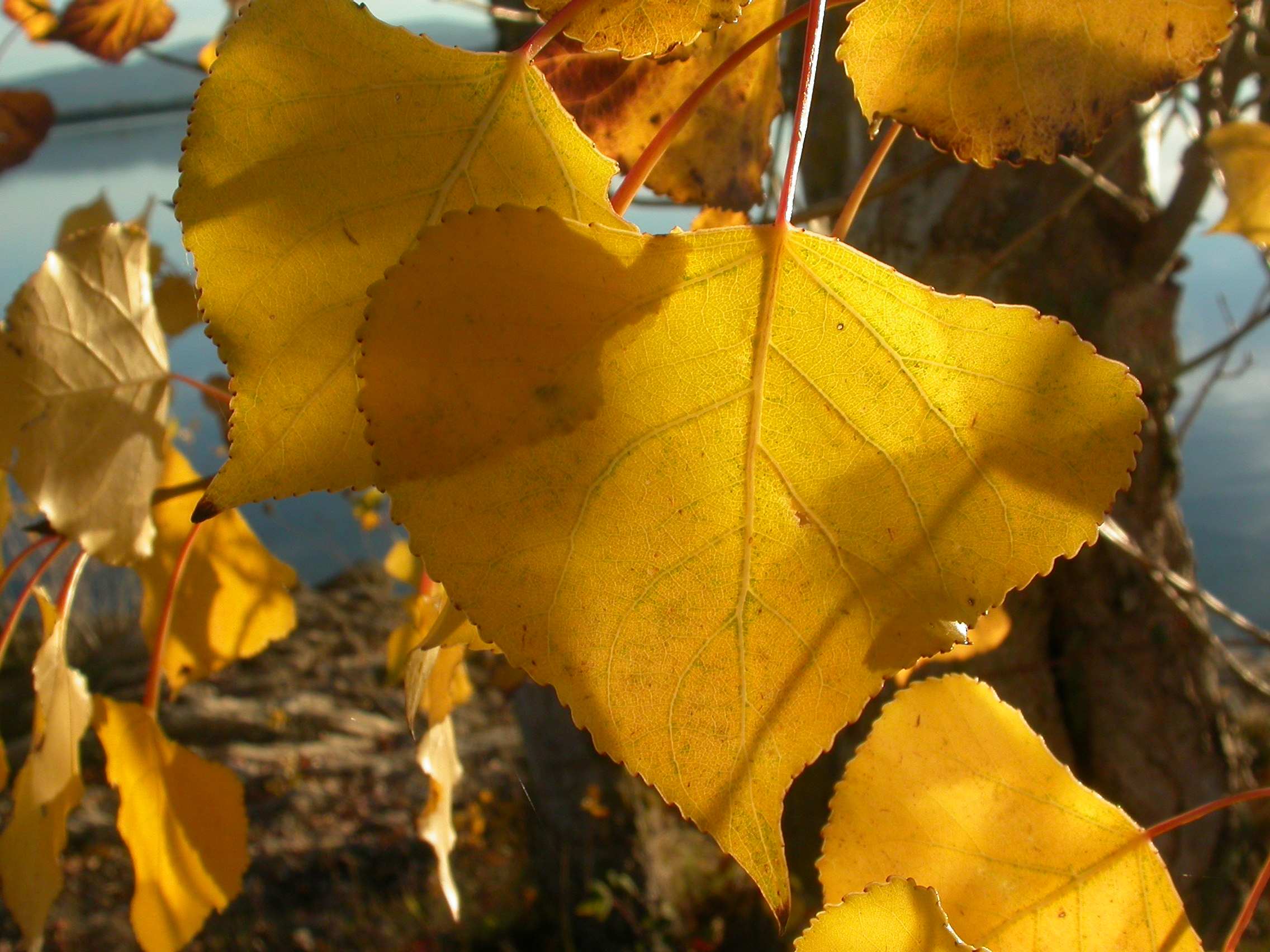 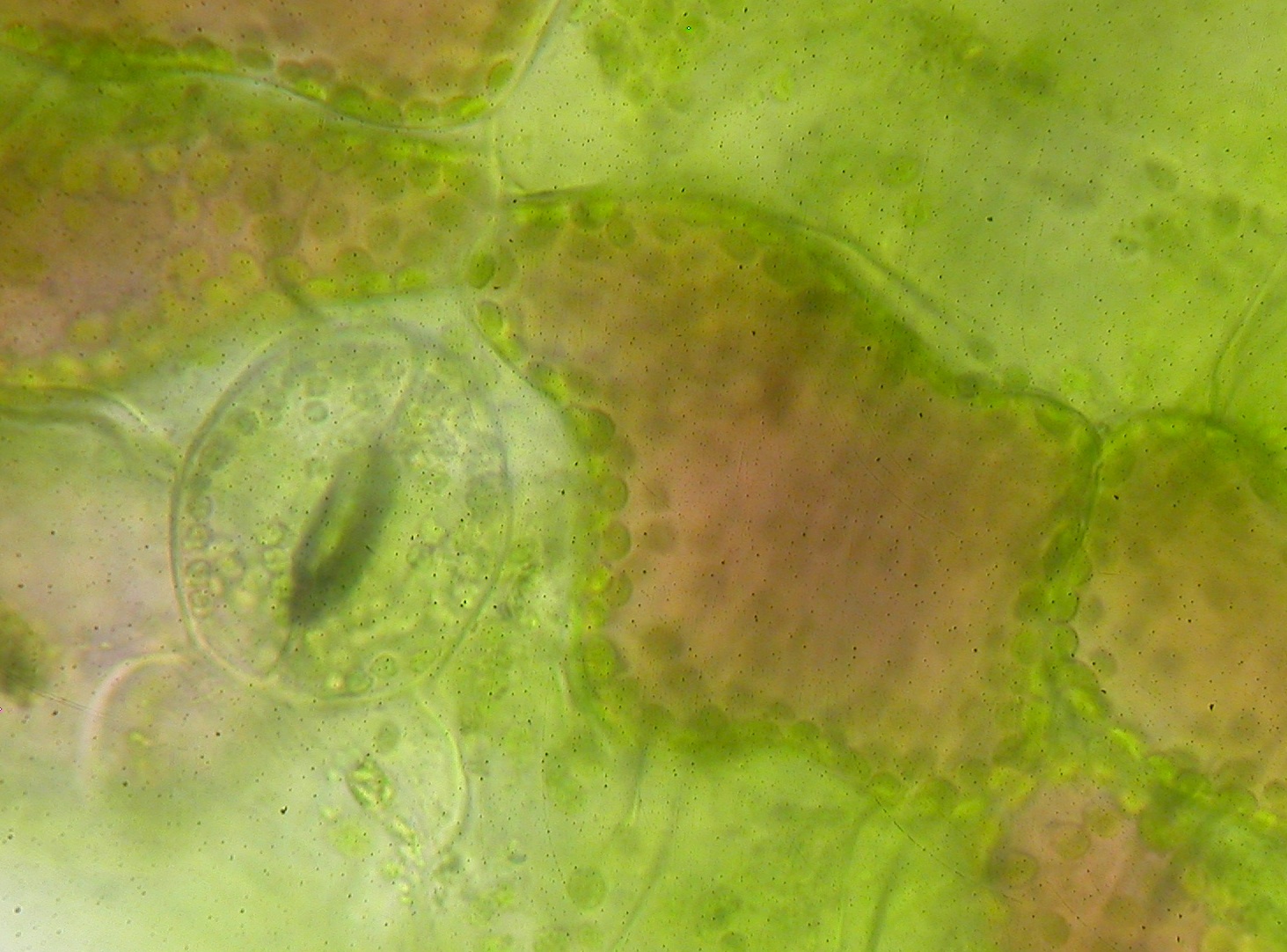 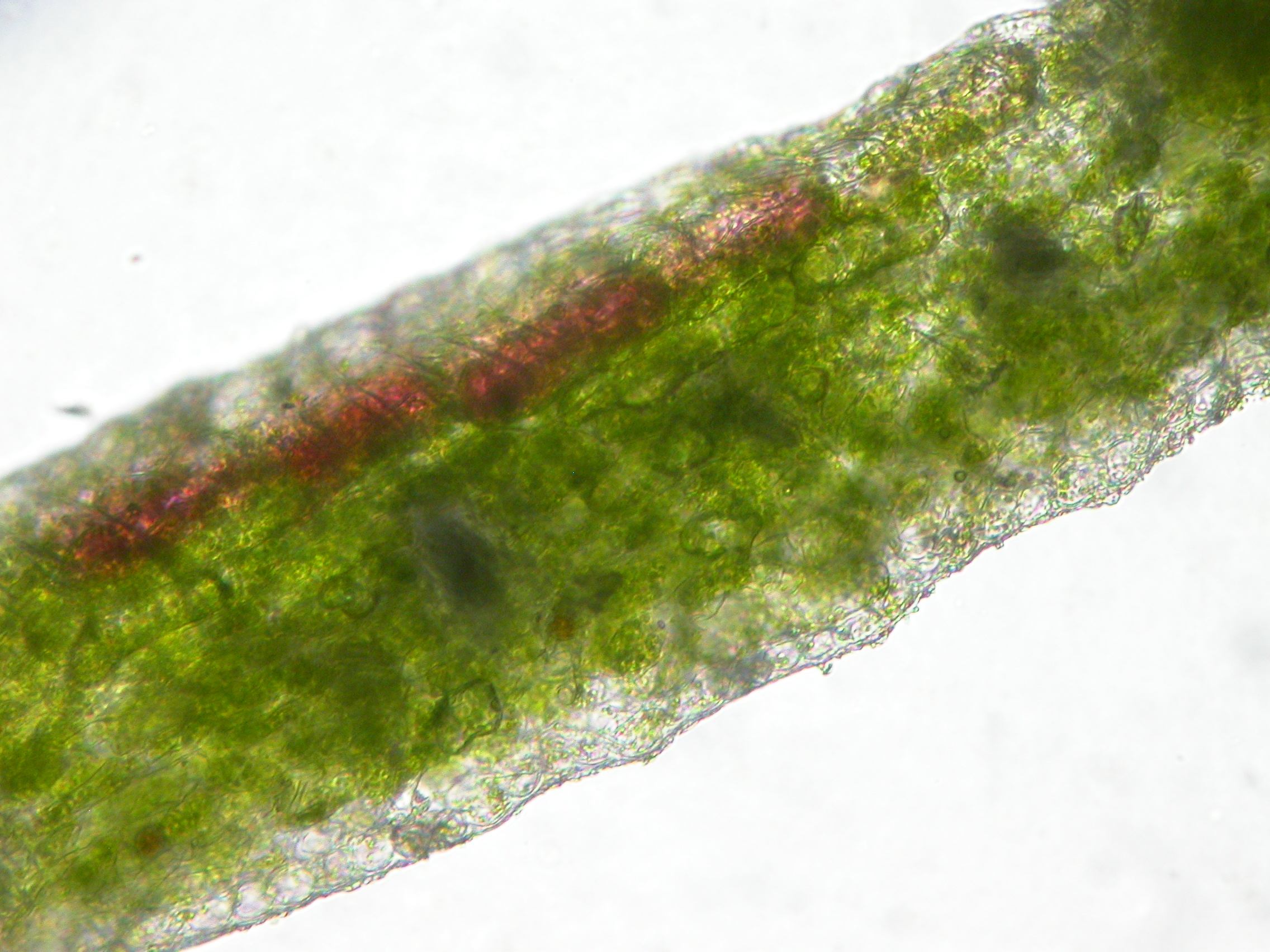 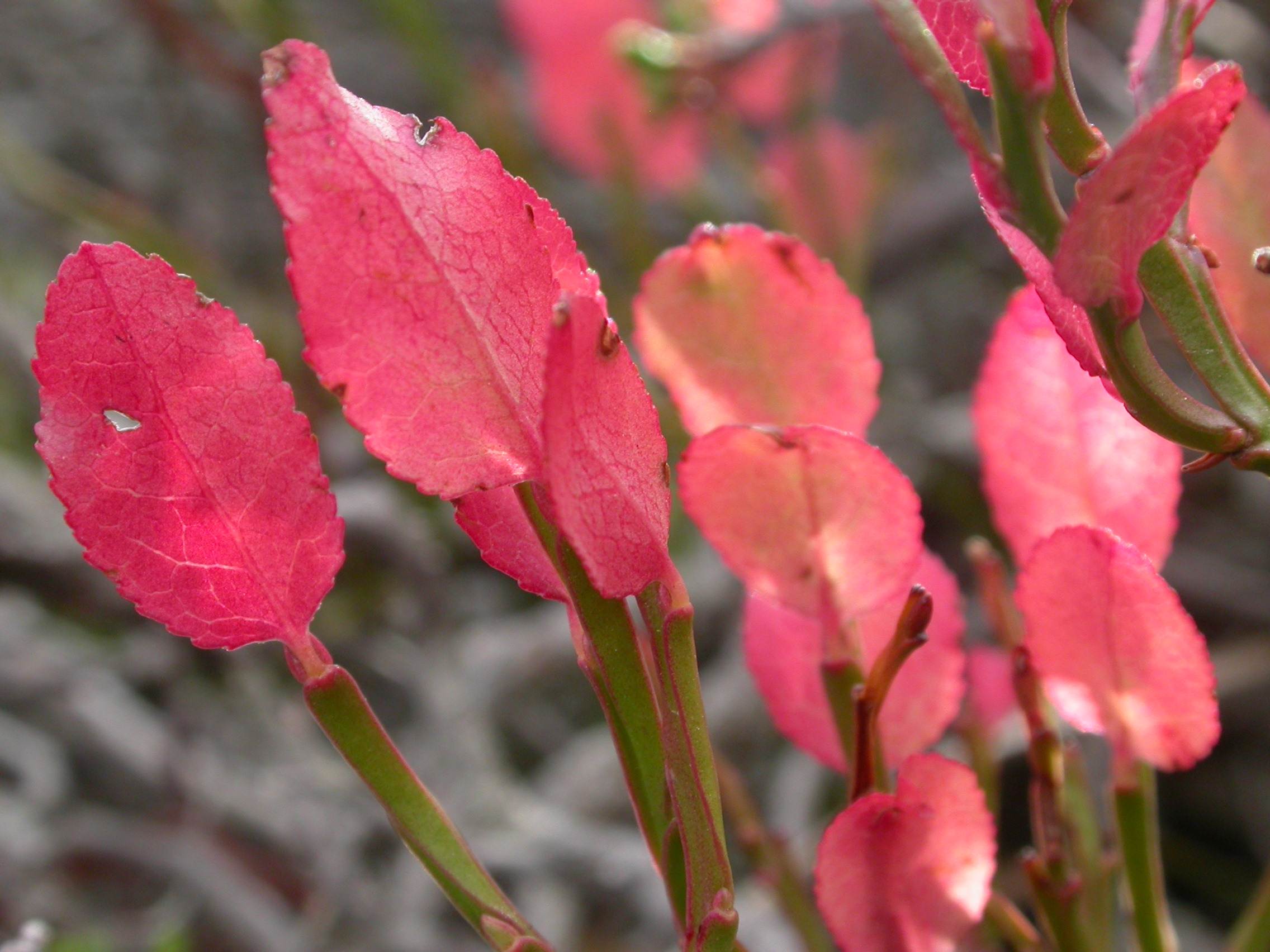 Most plant molecules do not absorb visible light, but a few compounds, the plant pigments, absorb radiation in the visible range of spectrum. This property greatly facilitates the study of these molecules, as they can be easily identified and quantified. Pigments can be divided according to their polarity, existing three main groups: the polar anthocyanins, and the non-polar chlorophylls and carotenoids.

The first group corresponds to a wide family of molecules derived from the phenylpropanoid pathway. Nearly one thousand anthocyanins have been described, generating most of the red, purple, blue and violet colours we see in the plant kingdom. These pigmentations are concentrated in those organs which demand attention from animals, such as fruits and flowers, but they also play distinctive roles when present in leaves exposed to environmental stress or during senescence.

Carotenoids are synthesised through the isoprene pathway. A few hundred have been characterised, and no more than twenty are present in leaves, with six being ubiquitous in plant photosynthetic tissues (neoxanthin, violaxanthin, antheraxanthin, lutein, zeaxanthin and b-carotene). These molecules are responsible for most of the yellow, orange, and sometimes red colours seen in plants. Being essential to light harvesting and photoprotection, their study may reveal important aspects of plant responses to environment.

The conversion of light into chemical energy, in other words the miracle of photosynthesis, relies on a group of green, non-polar, molecules called the chlorophylls. There are only two chlorophylls in plants (a and b), and a few more in algae and photosynthetic bacteria. The total amount of chlorophyll in leaf tissue is often used as a proxy of other parameters such as the nitrogen content or the photosynthetic activity, while the a/b ratio is an indicator of the structure of photosynthetic apparatus.

Apart from these three main groups, other molecules may at times act as pigments, this is the case of some alkaloids (betalains), porphyrins (chlorophyll derivatives), phenolics (flavonoids, tannins) and quinones.

Depending on the purpose of the measurement and the accuracy desired, three main groups of techniques can be used to quantify pigments:

–Reflectance measurements. Are based on the study of the spectral signature of leaves in the visible range, which is mainly generated by the first layer of cells on the tissue surface. Reflectance measurements do not require a previous preparation of the sample, but nor do they allow the the user to obtain absolute concentrations, only relative indexes. Different indexes have been developed to calculate the relative content of all major groups of pigments. This technique is cheap and rapid, in that several thousands of samples can be analysed in a single day, but a spectroradiometer is required. Several affordable models, which only measure reflectance at some specific wavelengths, have been commercialised. For an example, see the protocol Spectral reflectance measurements.

–Spectrophotometric measurements are based on the absorption of visible wavelenghts by pigments. Tissue homogenization with a selective extraction solvent is required. A basic rule is: to extract a polar pigment, a polar solvent is required, and vice-versa with a non-polar one. Thus, chlorophylls and carotenoids are extracted in non-polar solvents and anthocyanins in polar solvents. After the extraction, quantification is direct and based on absorption coefficients, which can be obtained from standards or from the literature. A spectrophotometer is required. These techniques are more precise than the study of the reflectance spectral signature, but the number of samples that can be processed per day is much lower. Chlorophylls are the only molecules than can be individually quantified by this method that yields a gross calculation of total contents of carotenoids or anthocyanins. For an example, see the protocol Chlorophyll determination.

-Chromatographic analyses or chromatography (HPLC) is used when the precise separation and quantification of all individual pigments is required. Calibration and setup of the instrument is expensive and time consuming, and only a few samples can be processed in a single day. Photosynthetic pigments can be easily quantified with an absorbance detector, but the deeper study of isomers or other pigments requires a more expensive mass detector. For an example, see the protocol Determination of chlorophylls and carotenoids by HPLC.

These techniques are deeply described in several publications. Apart from the present protocols, these are some examples:

Barnes JD, Balaguer L, Manrique E, Elvira S, Davison AW (1992) A reappraisal of the use of DMSO for the extraction and determination of chlorophylls a and chlorophylls b in lichens and higher plants. Environmental and Experimental Botanu 32, 85-100.

Ollinger SV (2011) Sources of variability in canopy reflectance and the convergent properties of plants. New Phytologist 189, 375-394.