This protocol explains how to rapidly measure turgor loss point and osmotic potential at full hydration using a vapor-pressure osmometer instead of the standard but more labor- and time-intensive pressure-volume curve method. We provide a spreadsheet tool for calculations (Osmometer Method Spreadsheet Analyzer for Trait Investigation; OMSHANTI).

This detailed protocol is based on the method presented and validated in Bartlett et al. 2012.

Turgor loss point is an important determinant of ecological and physiological drought tolerance (Cheung et al. 1975; Tyree et al. 1978; Sack et al. 2003; Baltzer et al. 2008; Bartlett, Scoffoni, & Sack 2012). The amount of solute, as assessed by the osmotic potential at full hydration, is the cellular trait that plants vary to adjust turgor loss point in response to drought, and species differences in these traits translate into variation in drought tolerance (Lenz et al. 2006; Bartlett, Scoffoni, & Sack 2012). These traits are typically estimated using the pressure-volume curve method (available at Leaf pressure-volume curve parameters), which characterizes the relationship between leaf water potential and leaf relative water content in a drying leaf (Tyree & Hammel 1971; Koide et al. 1989). Because that method takes 1-2 days to complete for 5-6 leaves, it has been impractical to measure osmotic potential at full turgor and turgor loss point for many species in diverse clades and communities. This protocol presents a rapid method for measuring these traits, requiring 1-2 hours for 6 leaves, or about 10-15 minutes per sample, enabling characterization for diverse communities relatively rapidly (Maréchaux et al. 2015).

In brief, sample discs are collected from rehydrated leaves, and frozen in liquid nitrogen to fracture cell membranes and cell walls and to allow symplastic contents to mix upon thawing (Kikuta & Richter 1992; Callister et al. 2006). The leaf disc is then punctured to facilitate equilibration, and then sealed in a vapor-pressure osmometer. The osmometer compares the electrical resistance through the thermocouple in the sample chamber with the resistance under ambient conditions to determine the change in dew point temperature, and calculates the solute concentration and the osmotic potential of the leaf tissue (Vapro Manual, Appendix C). From this osmotic potential at full hydration, one may estimate the pressure-volume curve osmotic potentials at full hydration and turgor loss point using a calibration dataset of 30 species with diverse leaf traits and native habitats (Bartlett et al. 2012).

The turgor loss point, or the wilting point, is the leaf water potential at which the turgor potential in the drying leaf cells becomes zero and the leaf wilts (MPa).

The osmotic potential at full hydration is the solute potential of the leaf when fully hydrated (MPa). 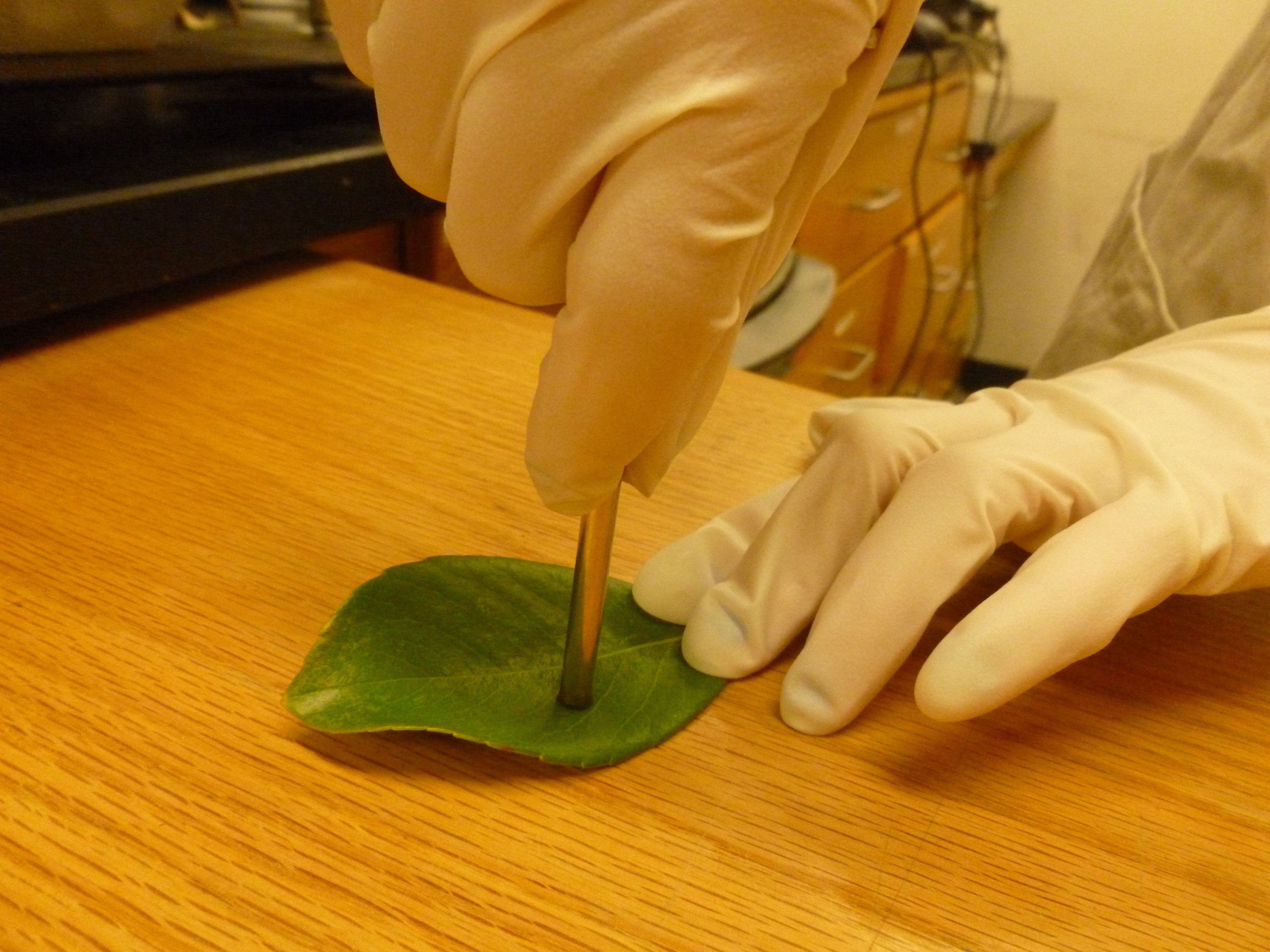 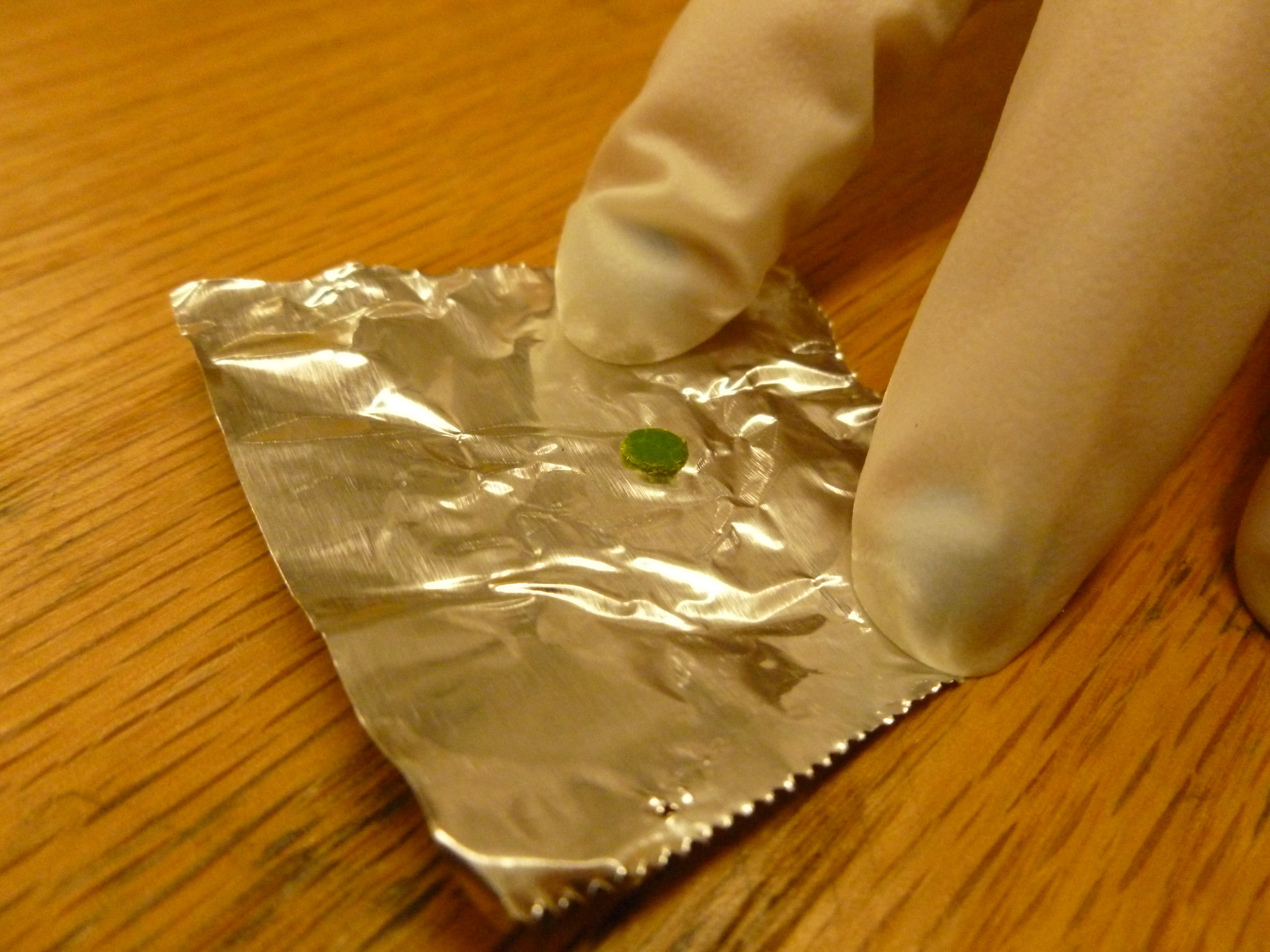 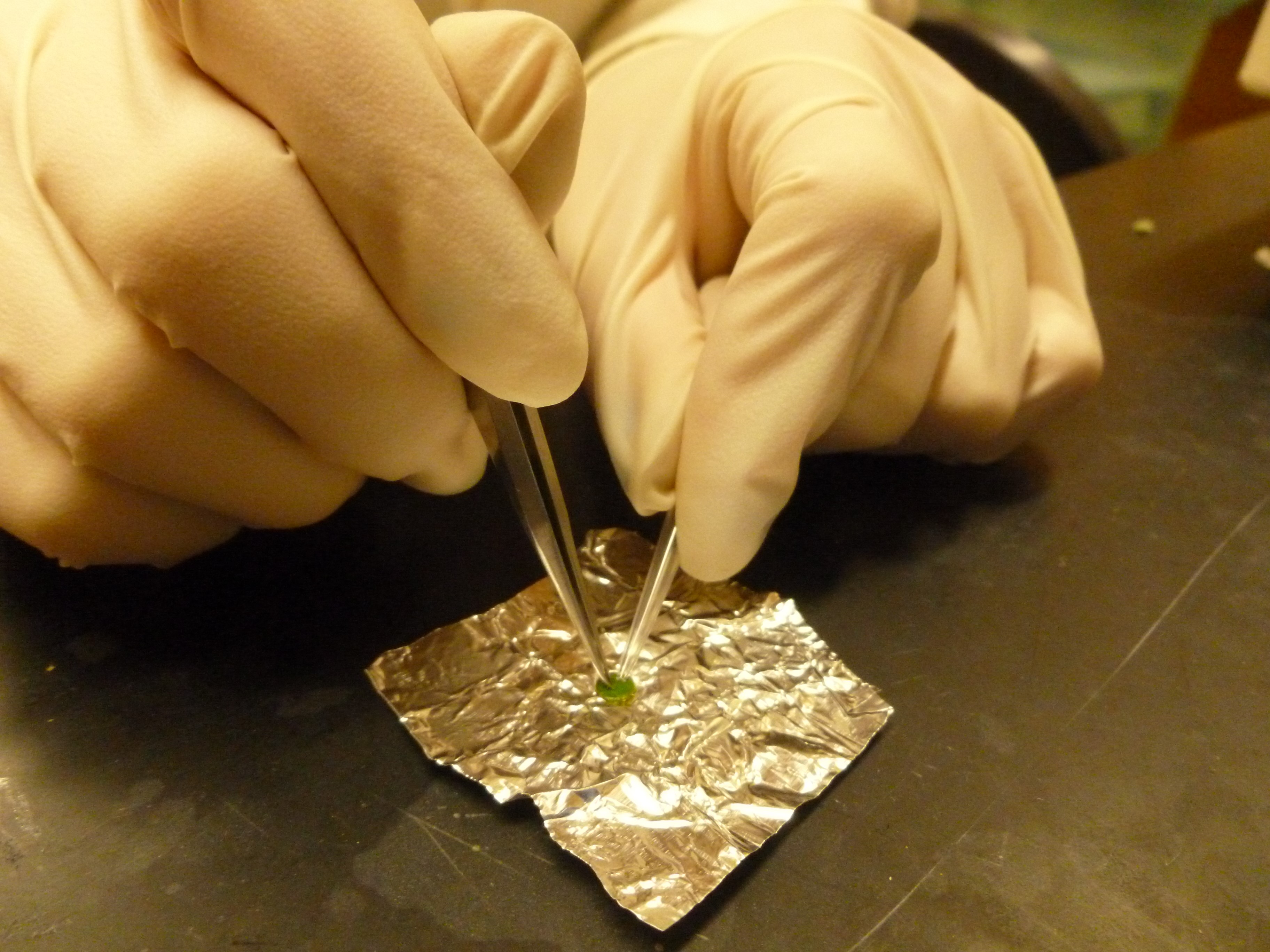 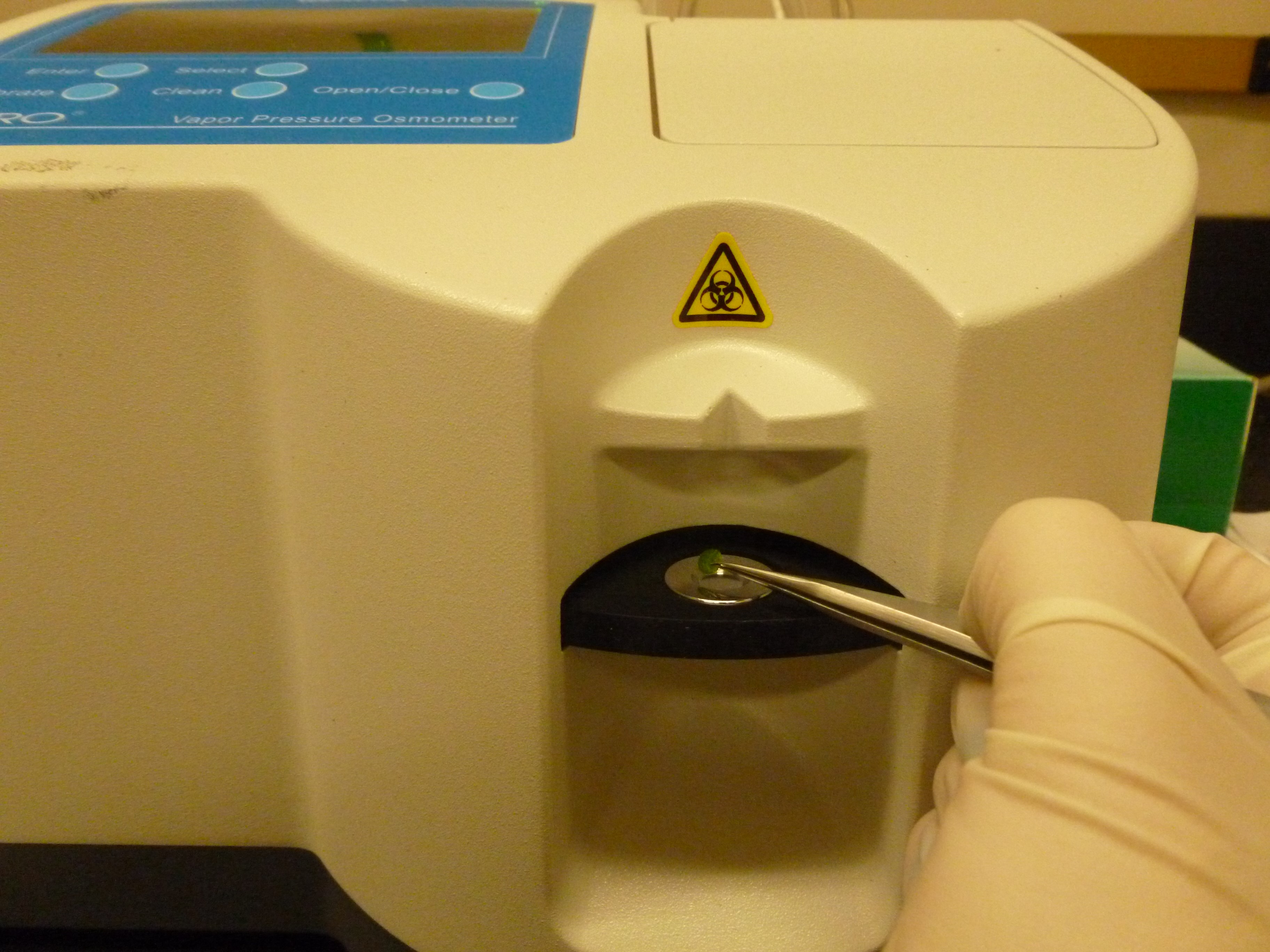 The Vapro 5520 has since been discontinued and replaced with the 5600, which can be used in the same way for leaf discs.

Always wear close-toed shoes, long trousers, and long sleeves when handling the liquid nitrogen. Use latex or nitrile gloves to handle the tongs, and cold-protective gloves to move the liquid nitrogen container.  Always use liquid nitrogen in a well-ventilated room, and do not transport a dewar of LN2 in an elevator. Two or three breaths of nitrogen gas can empty your lungs of oxygen and unconsciousness can occur in less than one minute. Accidental nitrogen asphyxiation is thought to kill 8 per year in the United States alone (http://en.wikipedia.org/wiki/Inert_gas_asphyxiation). Stay safe kids!