Crop canopy temperature (CT) is a complex, integrative trait that measures a genotypes ability to maintain transpiration and gas exchange. Thus, CT is correlated with plant water status. CT was first proposed as a measure of dehydration avoidance, and has subsequently been used in numerous studies, and is measured remotely by an infrared thermometer. Several suppliers (available on the internet) sell suitable instruments with various levels of repeatability, range, fixed angle view and of course price. In some cases, special lenses can also be obtained to alter the effective field of view.

There are numerous considerations before attempting to measure CT.

When the above issues are reached and appropriate for the objectives of the research, there are several things to consider whilst estimating crop CT.

Once data collection has been completed, statistical analysis is required. In addition to standard within environment analyses, there are some factors that need to be considered in analysis of CT datasets: 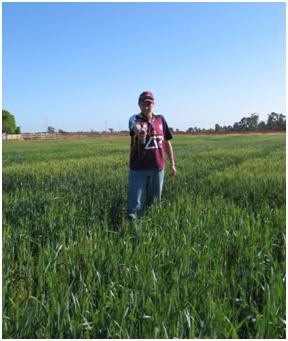 Figure 17. The angle of the thermometer, the distance to the target area, stage of crop development, and amount of ground cover are all critical considerations when assessing canopy temperature in the field. Here a Mikron® hand-held thermometer was used with a thermometer angle to the canopy of c. 25�