Radioactive nuclides (= radionuclides) can be used for labeling of various compounds of interest either to follow their fate in metabolism, for example to elucidate biochemical pathways, or to identify their position or distribution on different scales from subcellular structures, cells, organs up to whole organisms. What can be detected and how, depends on the radionuclide, its nuclear rather than its chemical properties and the method of detection.

Based on the specific biological question and the requested spatial resolution or invasiveness of the method, the appropriate radionuclide or detection technique can be chosen each of which has its pros and cons (Table 1).

Table1: Pros and cons of different methods to image of radionuclides

Autoradiography Depending on the size of an object and the scale of resolution this method can be generally performed as microautoradiography and macroautoradiography. Microautoradiography enables tracer localization down to (or even below) cell level and has been used, for example, to study import of 14C labeled sucrose by wheat grains 1 or 14C labeled photosynthates in petioles and stems of poplar 2. The technique is both time consuming and challenging in particular when water soluble compounds should be localized. (Macro)Autoradiography is used to visualize labeled compounds in thin-layer chromatography, e.g. by labeling proteins with 35S and separating them on TLC plates 3, but also applicable to detect tracer distribution in plant organs. Examples for this are autoradiographs of 11C tracer distribution in tissue slices (Fig. 1) or uptake of 18F FDG by roots of Sorghumplants 4. 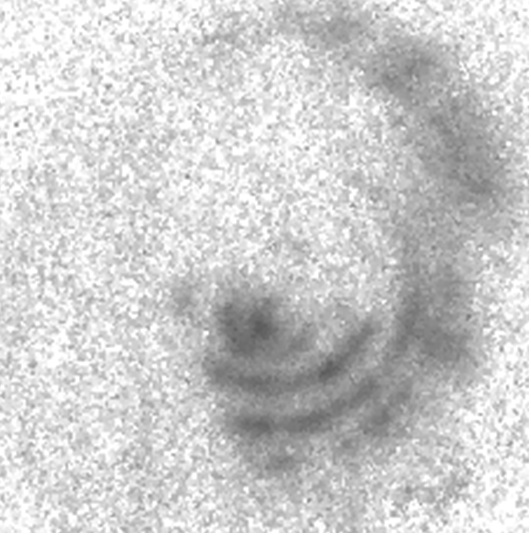 Figure 1: Autoradiograph of a sugar beet disc showing sectorial distribution of 11C labeled photoassimilates in different rings of the beet about 90 min after 11CO2was administered to a leaf of the plant. The image was obtained with a phosphor imaging plate and reprinted from 5. SPECT Single Photon Emission Computed Tomography (SPECT) is a well-established method in medical applications since there is a large number of, in particular 99mTc labeled radiopharmaceuticals available for routine diagnostic scans in nuclear medicine 6-8. Typical radionuclides for SPECT are 57Co, 99mTc or 123I which are rarely used in plant studies. For SPECT only radionuclides are suited which emit g-rays of energies not higher than 250 keV since insufficient collimation would deteriorate imaging quality. PET Positron Emission Tomography is a modality used to image positron emitting radionuclides 9. In principle it is constructed as a ring comprised of a large number of small opposing scintillation detectors. These detectors are continuously measuring radioactivity and each detected event is digitized with a time mark; if two events in opposing detectors are in coincidence, which in practice means within a time window of e.g. <20 nsec 5, this is regarded to be due to an annihilation event caused by a positron-electron interaction. When a large number of such events is monitored the position or origin of radionuclides which have disintegrated can be calculated by using dedicated image reconstruction algorithms. When a PET system is not equipped with a full ring of detectors, detection efficiency is lowered but imaging can still be achieved 5,10. Commercial PET systems are constructed for medical examinations or animal studies, and the detector rings are therefore in general horizontally arranged. For plants, however, it is much more appropriate to use vertically oriented systems. So far there are only two PET systems described which are dedicated to plant studies: the Positron-Emitting Tracer Imaging System (PETIS) 11and the Plant Tomographic Imaging System (PlanTIS) 5. PETIS is a positron scanner which enables 2D imaging and has been used already in number of studies with various positron emitting radionuclides such as 11C 12, 13N 13, 15O 14, 18F 11, 52Mn 15, or 52Fe 16used as tracer of different chemical compounds. PlanTIS is a PET system which has been shown to monitor allocation of 11C -labelled photoassimilates in three dimension of bulky plant organs (Fig. 2) or roots growing in soil in particular when coregistered with NMR images 5. These systems are not only used to static imaging of tracer distribution in a plant or plant organs but to detect also temporal changes of tracer distribution enabling calculation of long-distance transport parameters such as transport velocity or lateral exchange rates of translocates in the phloem 17. 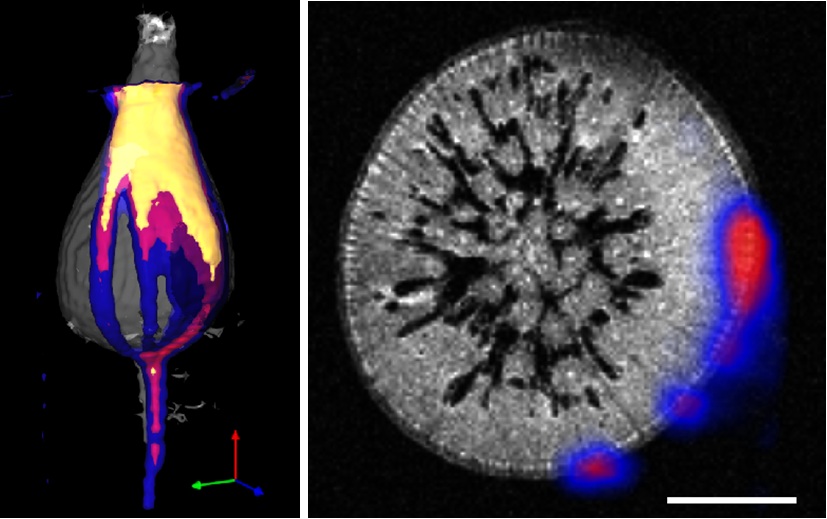 Figure 2: Images showing the distribution of 11C -labeled assimilates in a radish bulb coregistered with MRI (grey) and PET (coloured). Left panel, side view of a radish bulb of which the lower part was growing in soil. Right panel shows a virtual cross-section through the bulb, modified after 5.

2. Vogelmann, Larson, and Dickson (1982) Translocation pathways in the petioles and stem between source and sink leaves of Populus deltoides Bartr. ex Marsh. Planta 156: 345-358.

16. Tsukamoto, et al. (2009) 52Fe translocation in barley as monitored by a Positron-Emitting Tracer Imaging System (PETIS): evidence for the direct translocation of Fe from roots to young leaves via phloem. Plant and Cell Physiology 50: 48-57.